How did we come up with the idea of house sitting? 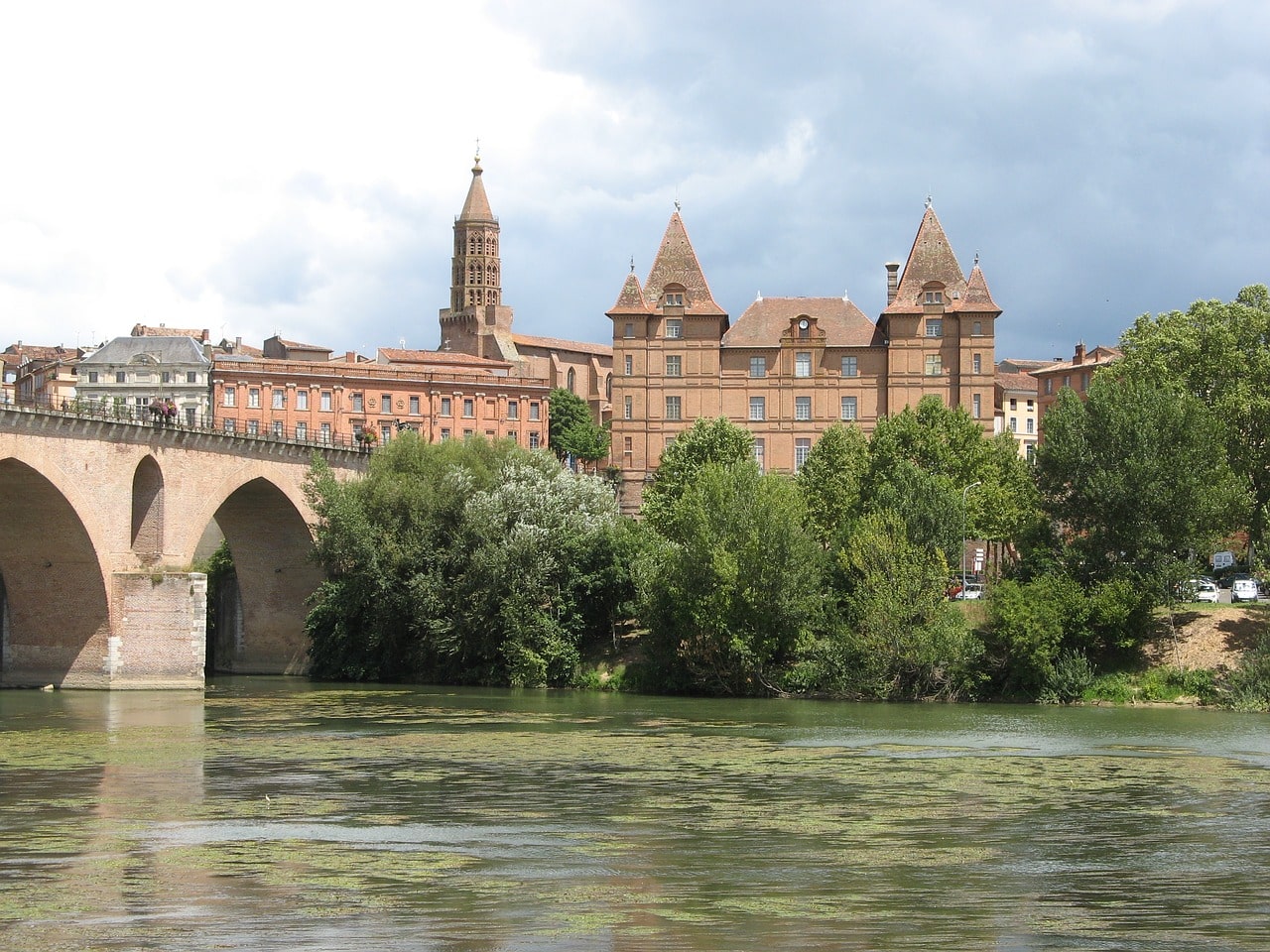 We are the founders of the website M'sitting, Noëlle and Fernando, a Franco-Portuguese couple from the centre of France, we love to travel and go on holiday regularly.
This is how to start our adventure.
6 years ago we did a favour for some friends who live 10 minutes by car from the centre of Montauban in the Tarn et Garonne in France.
They had to go away for family reasons without being able to take their dog Toby a 9 year old Brittany Spaniel with them today.
They asked us if we could come to their home and keep him for 5 days.
We gladly agreed to help them out. We arrived the day before their departure so that they could give us all the necessary instructions for the house but especially all the details concerning Toby's needs. 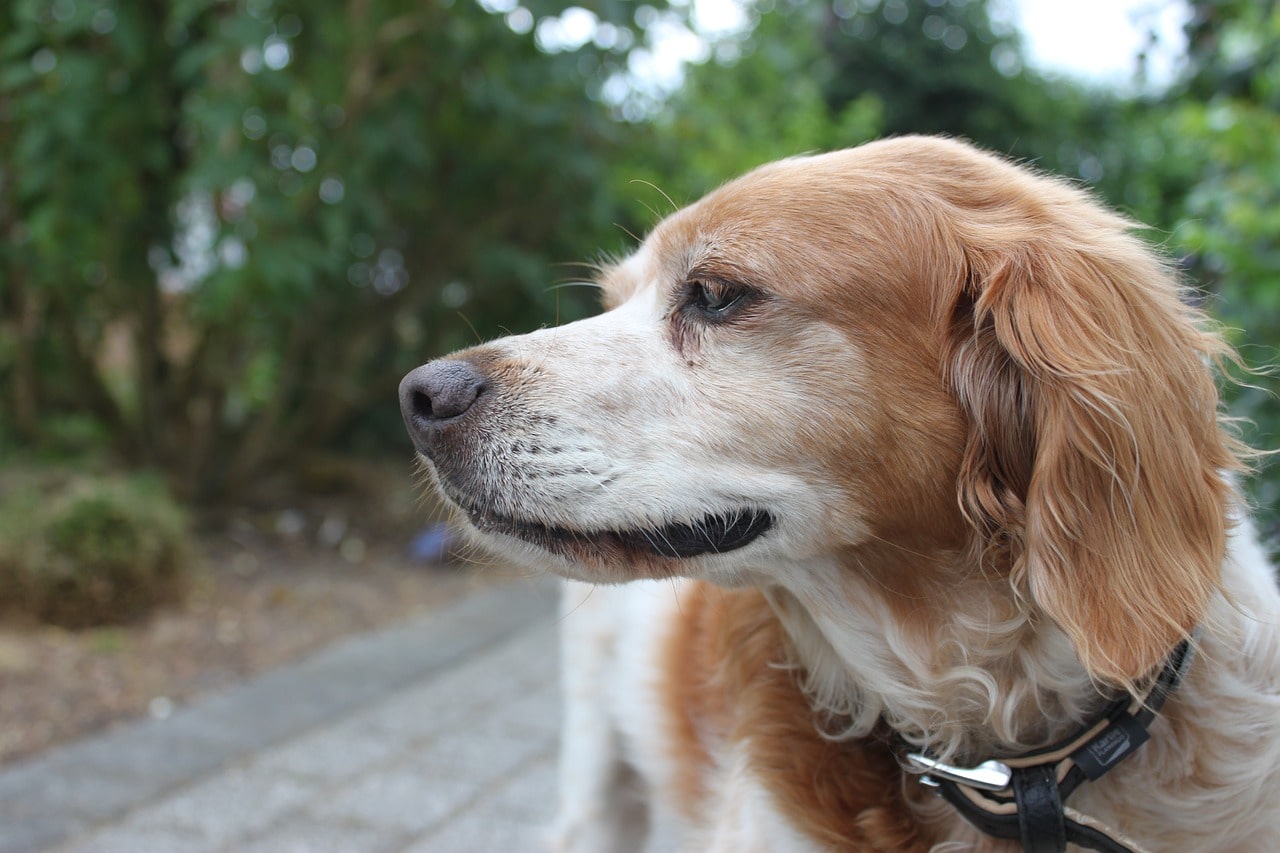 After the departure of our friends, we took the opportunity to visit the surroundings, especially since it was June and the weather was fine.
The city of Montauban founded in the 12th century is a city steeped in history.
There are therefore many ancient monuments to discover.
The first day, we visited the Ingres-Bourdelle museum which is a museum of art and archaeology set up in the old city hall. This episcopal palace of the bishops of Montauban was built in the 17th century. Shortly before the Second World War a large number of works including the Mona Lisa left the Louvre museum to be hidden in the Ingres museum.
This visit was very instructive, it is a beautiful place where you can admire portraits and sculptures. We can see that Ingres was really very prolific. This museum really deserves to be visited.
On leaving the museum, we went to admire the old bridge located nearby. It is philippe Le Bel who ordered its construction in 1304. The building site was opened in January 1311 and it is only after many embezzlements and financial scandals that the construction was completed around 1335.
Today, this bridge across the Tarn serves as a road bridge. It was classified as a historical monument in 1911.
On this beautiful summer day, we went to have a drink on the terrace on Place Nationale. This square is the heart of the city, towards which all the streets of the old centre converge and is since the origins of Montauban the Mecca of public life.
We took the car back to go back home. When we arrived Toby gave us a party. After the many hugs Noëlle gave him his ration of croquettes. During this time I went to water the flowers in the garden.
Afterwards we had a drink and a barbecue! 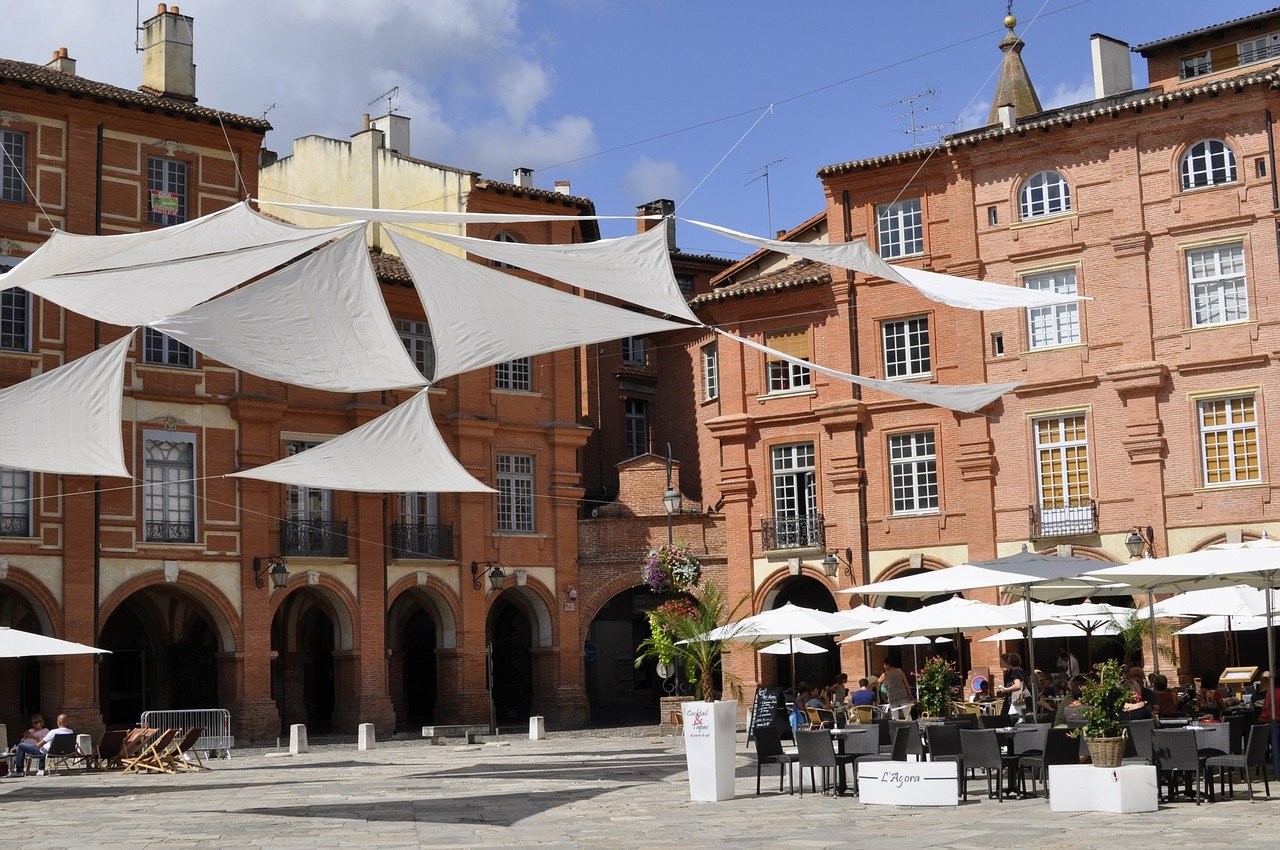 The next day we decided to go on a nature outing so we could take Toby along.
Our choice was the village of Penne located about 30 km from Montauban.
When we arrived, we were seduced by this adorable village dominated by the ruins of its castle.
Classified as a charming village, Penne has kept its authenticity with its narrow streets lined with half-timbered houses, its old grain measures, its Louis XIII windows and doors.
The stroll through the picturesque alleyways is quite charming with its beautiful authentic houses.
Penne is endowed with a remarkable environment, while walking along the paths, we discovered a very diversified fauna and flora.
The Grésigne state forest is the largest oak forest in the south of France. This real nature reserve has inspired many tales and legends.
Thanks to the numerous hiking trails, Toby was able to run and exercise to his heart's content.
We had a great day for all three of us. 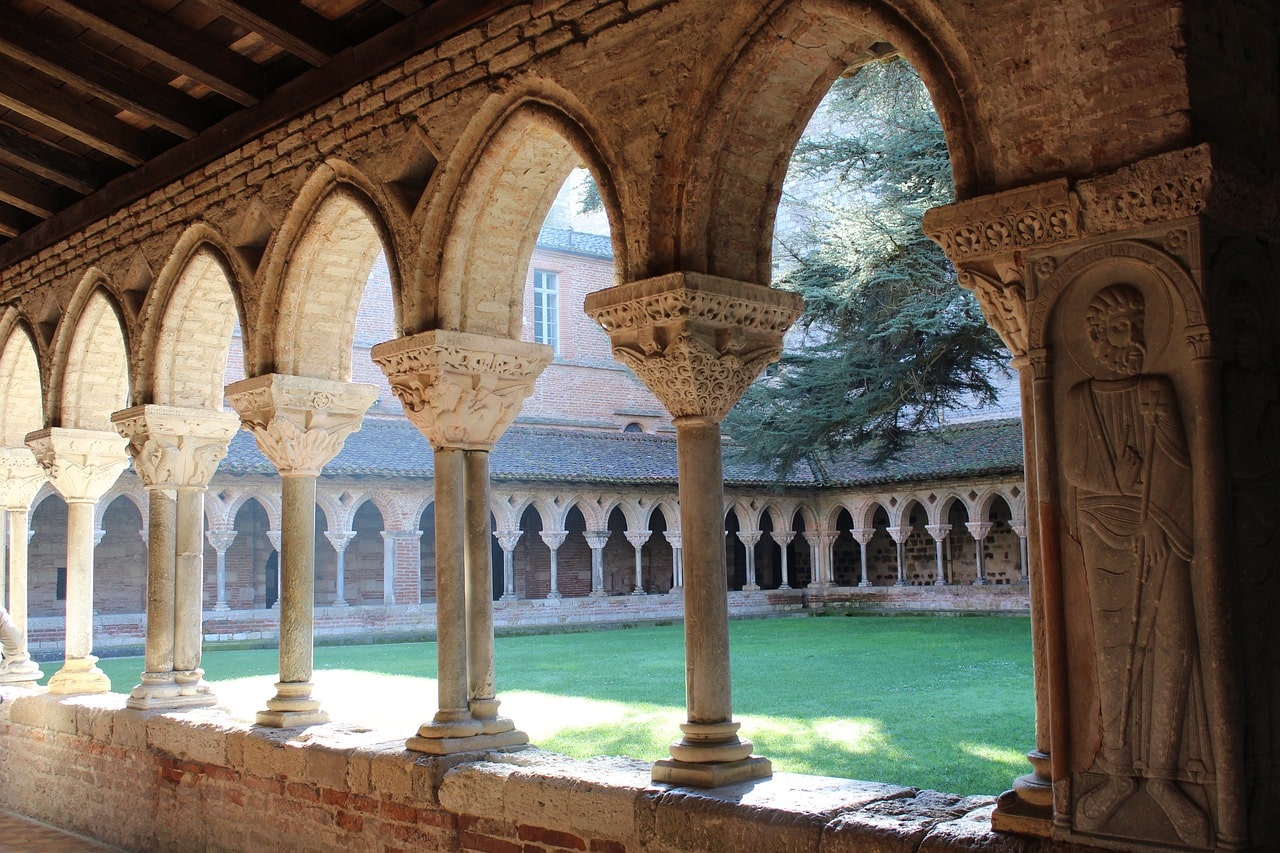 On the third day, we wanted to take advantage of our stay in the Toulouse region to taste a good cassoulet.
Legend has it that during the Hundred Years' War, during the siege of Castelnaudary by the English, the starving besieged would have gathered all the food available (beans and meat) to make a gigantic stew to invigorate the fighters. They were then able to drive out the English and liberate the town. This legend makes cassoulet a defender of French values.
This is the anecdote told us by the restaurateur with whom we had a copious lunch.
His cassoulet was excellent and delighted our taste buds.
Back in the house of our friends, a small session of deckchair was welcome.
The next day we planned to go to Moissac.
We started with a visit to the Abbey of Saint-Pierre, which was founded in the 7th century.
The cloister is one of the best preserved in the Christian West. The decoration of the arches and capitals is a splendour.
Saint Peter's Abbey and its cloister were listed in 1998 by UNESCO as a World Heritage Site under the title of the Paths of Compostela in France.
As it was only about 3 kilometres away, we decided to walk to the Cacor canal bridge. It is 356 metres long and is now used more for tourism than for inland waterway transport. We were really impressed by this structure.
Then we came back on our steps by crossing again the Napoleon bridge over the Tarn, to go to the market place place of Récollets. It is a building inside and around which the weekly market is held.
We had precisely chosen this day of visit in Moissac to do our market in order to prepare the meal for the return of our friends who were arriving the next day. We will be able to enjoy a variety of fresh fruits and vegetables, original products, cheese, and local Occitan products.
After this busy morning, back home where Toby was waiting for us impatiently. He celebrated us as if we were his masters. This shows that he did not suffer from their absence. 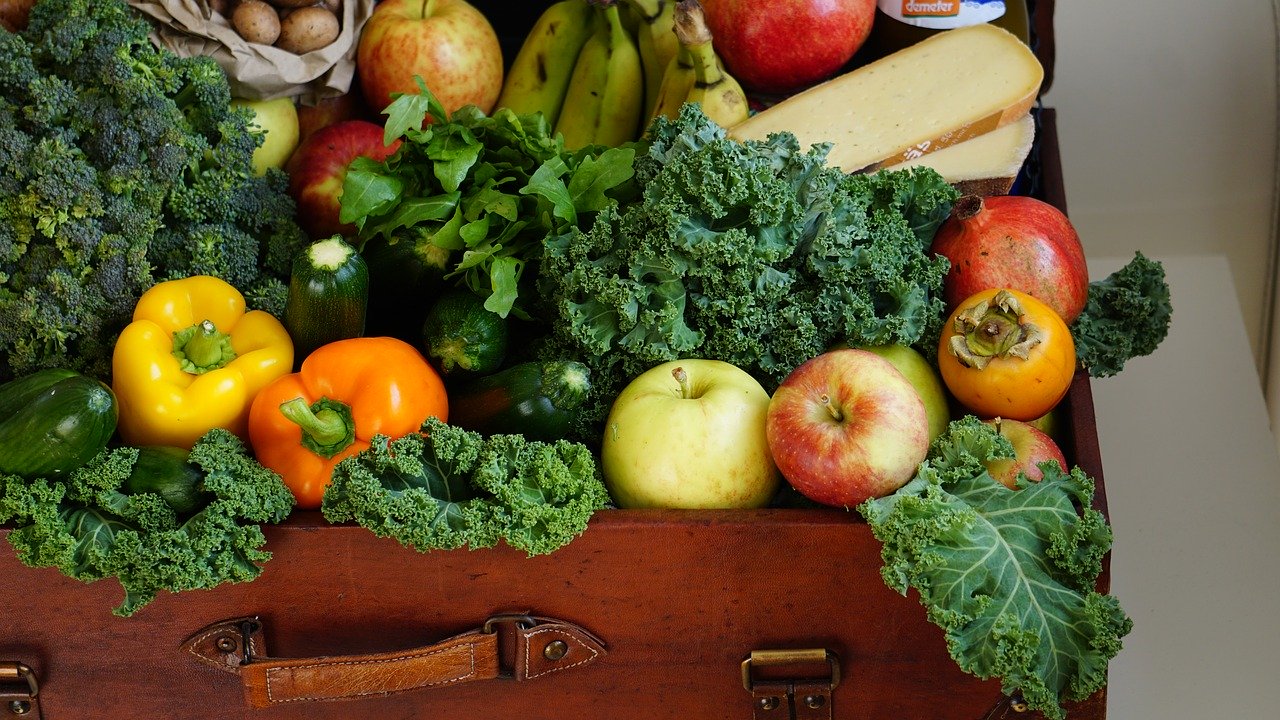 The next morning, our friends were back. For lunch after the aperitif, we tasted all the good products bought the day before in Moissac. Eating on the terrace was really very pleasant and convivial.
Our friends were delighted to see that their dog was doing wonderfully and had not been disturbed in any way by their departure. By staying in his house, his habits have not changed. He didn't experience the stress he might have had if they had put him in a dog boarding house.
We were very satisfied with this little escapade and back in the Nièvre in our house, we thought about it and the idea came to us to do home sitting. We had heard about this concept but without really being interested in it. We realized that with this method we could go on holiday more often at a lower cost.
Afterwards, we registered on a site as home sitters, which allowed us to make some trips, which we will tell you about in the articles to come. 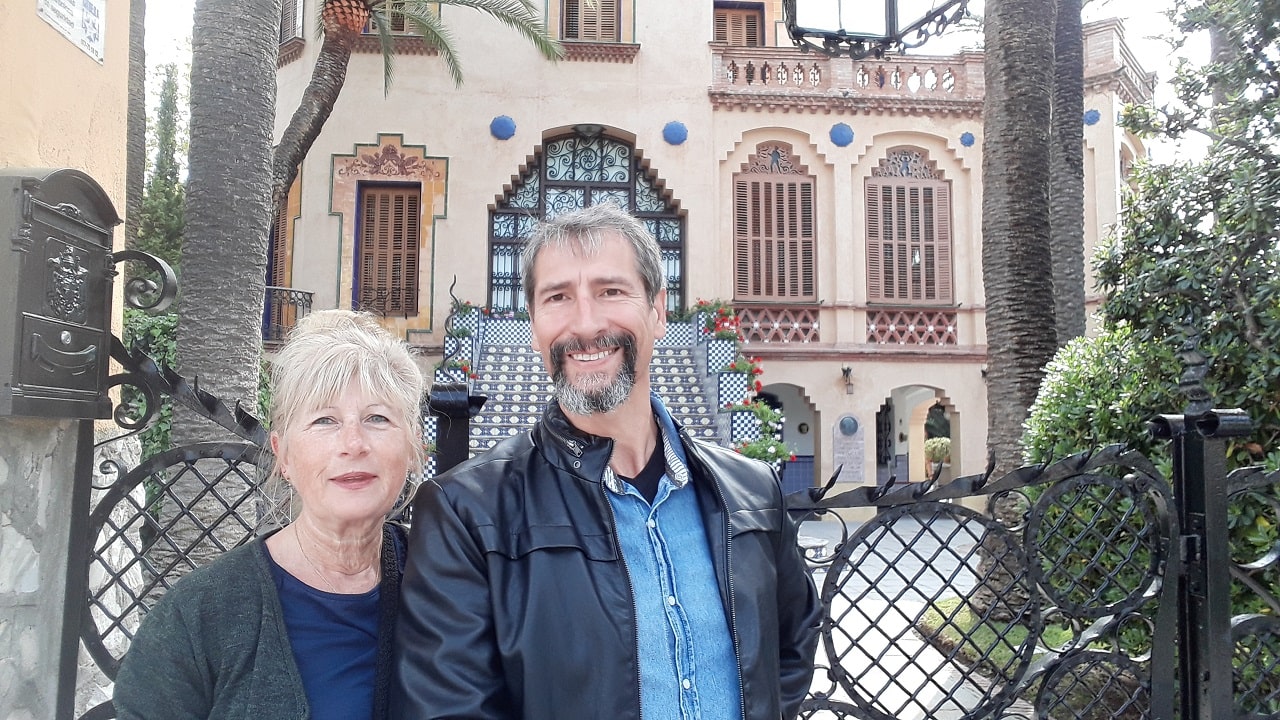 Other articles for house sitters:

Other articles for homeowners :

Other articles that may be of interest to you: